For over 200 years Natural Stone Bridge and Caves has been a favorite of Nature Lovers and their families. Jacob Van Benthuysen, Ancestor of the current owners, received the site in the 1700's for Revolutionary War service. Guests can still visit the sawmill site he erected on the river today. This unique natural phenomenon is not only beautiful but also an extraordinarily rare feature of Adirondack Geology! It was originally described in "Morse's Geography of 1790" .  During the last ice age, an unusual East/West fault exposed this ancient rock to the violent waters from the retreating Wisconsin glaciers. The resulting Stone Bridge appears to be the largest natural marble cave entrance in the Northeast and the caves are in the process of being surveyed. 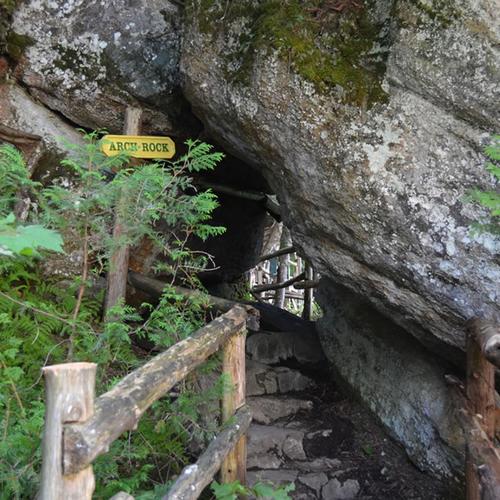