Burlington's Waterfront Bike Path is a 7.6 mile recreational route that runs from the southern end of Burlington at Oakledge Park to the northern end at the Winooski River, where it connects via the newly constructed (spring 2004) bike path bridge to the Colchester Bike Path. The Bike Path rides along the Lake Champlain shoreline, offering wonderful views of the lake and the Adirondack Mountains to the west. The bike path links six major waterfront parks, along with the Burlington High School and the central Waterfront district.

Initially used as a railroad bed for the Rutland and Burlington Railroad companies, the conversion from rails to trails concept began in 1973. With the help of State and federal funding, Burlington's Bike Path was completed in 1986. Utilized by an estimated 150,000 bicyclists, walkers, joggers and in-line skaters annually, the Bike Path is among Burlington's most popular amenities. The free College Street shuttle is a primary link from the Bike Path to downtown Burlington and the University of Vermont. 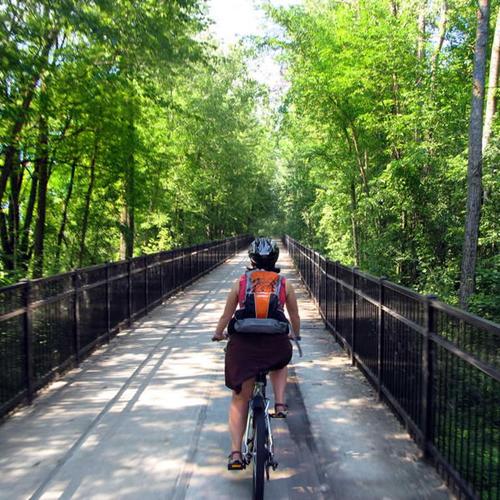